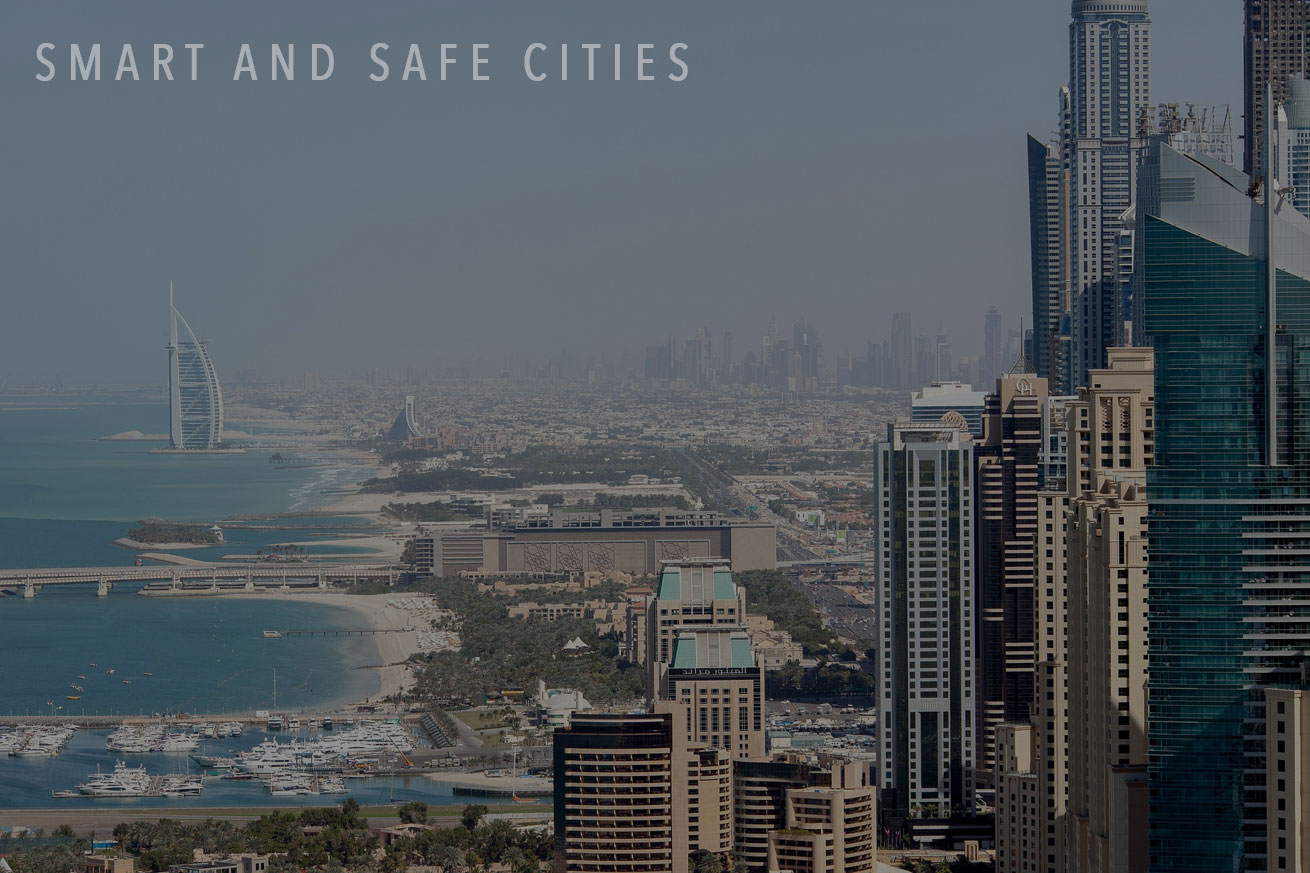 Leveraging many years of effort in the Internet of Things (IoT), CyberTECH has developed the Smart & Safe Cities Institute, focusing on the state of smart & safe cities, best practices, the cultural aspects of creating safe cities, including elements of Smart Cities and IoT that make people nervous about connecting wearables, “liveables” and “driveables” to the Internet to form smart cities.

Working with Intel and AT&T on two Smart Cities Hackathons, the Smart & Safe Cities Institute emphasizes the need for Smart Cities to build on security and privacy by design. We believe a city cannot be “smart” if the things it connects to the Internet and other open networks are vulnerable to cyber attack or lack basic user privacy or product safety.

This institute will be a huge part of growing the new IT companies in San Diego. The city has generously offered financial support to facilitate this event along with many others. They understand what it takes to be successful in IT and want to assist members of the community to make their dreams a reality in the everchanging IT market.

OSIsoft, Qualcomm, and SDG&E are working with PETCO Park to deploy Internet of Things technologies to help the San Diego Padres to monitor their facilities, improve efficiencies, and maximize the value of their current infrastructure. Utilizing Qualcomm’s edge intelligence solutions and the OSIsoft PI System’s real-time data analytics software to monitor electricity, gas, and water use, the smart cities system has the potential to increase efficiencies, reduce operational expenses by more than 25% in the next five years, and support ongoing efforts to make Petco Park a smarter, more sustainable venue.

The City of San Diego has been selected to participate in two exciting smart cities programs initiated by The White House. San Diego is one of 10 U.S. cities selected to join Envision America, in which cities will leverage technology collaborators and businesses to address climate change challenges and improve city services. The City of San Diego is also partnering with UC San Diego to participate in the White House’s MetroLab Network, which brings together university researchers with city decision-makers to research, develop, and deploy technologically‐ and analytically‐based solutions to improve our infrastructure, services, and other public sector priorities.

The City of Chula Vista and Port of San Diego have significant sustainability goals for the Chula Vista Bayfront Master Plan, the largest waterfront development opportunity on the West Coast. Cleantech San Diego is playing a key role in this Smart Cities San Diego project that will bring the latest technologies to the Bayfront Master Plan for maximum energy-efficiency and sustainability outcomes. The city is gaining national recognition as a top 10 finalist in the Smart Cities Council Readiness Challenge Grant Program and was selected for Envision America’s 2017 Smart City Initiative. Chula Vista was also designated by the Department of Transportation as proving ground for self-driving cars along with City of San Diego.

As part of its Climate Action Plan, the City of Carlsbad is committed to becoming a leader in multimodal transportation systems and creative approaches to moving people and goods through and within Carlsbad. In the city’s traffic management center, technology is leveraged to improve traffic signal coordination and allow vehicles to move more efficiently throughout the city.

In 2014, the Port of San Diego became the first demonstration site in a series of regional public-private smart building initiatives led by Cleantech San Diego and a team of Internet of Things (IoT) technology providers to advance the region’s smart city goals. Combining end-to-end IoT gateway solutions provided by Intel Corporation, OSIsoft, Black & Veatch, Dell, and San Diego Gas & Electric, this smart building project uses sensors to detect energy consumption and translate it into easy-to-manage, real-time data for building operators at the Port of San Diego to act upon.

In 2016, the San Diego Port Tenants Association was awarded a $5.9 million grant from the California Energy Commission to purchase three all-electric forklifts and seven all-electric heavy-duty trucks. Replacing the diesel-powered heavy-duty vehicles with zero-emissions vehicles is estimated to eliminate 950 metric tons of greenhouse gas emissions over the lifetime of the machinery.

The Green Build was the largest project in the history of San Diego international Airport. Called “The Green Build” due to the Airport Authority’s commitment to sustainability and the environment, as well as its positive economic impact, The Green Build created approximately 1,000 jobs at peak construction and provided a number of contract opportunities for small businesses. Thanks to these efforts, in 2014 San Diego International Airport became the world’s first LEED Platinum certified commercial airport terminal.

The airport is open 365 days a year, 24 hours a day, creating unique challenges as they seek to minimize their energy needs and carbon footprint. Overall efficiency and sustainability efforts at the airport include energy-efficiency upgrades to lighting, HVAC, and escalators, 20 electric vehicle charging stations, and an alternative-fuel Airport Authority vehicle fleet, among other ongoing advancements.

Smart Cities San Diego is facilitating the expansion of a public electric vehicle (EV) infrastructure that ensures the safe, reliable, and efficient integration of EV charging loads with the power grid across the greater San Diego region.

Working with companies like NRG eVgo, ChargePoint, Black & Veatch, and SDG&E, Smart Cities San Diego supports the electric vehicle and renewable energy programs already taking place in the region and works to expand those projects. In addition, our EVer Forward campaign helps promote the fun, benefits, and ease of an EV lifestyle to San Diego drivers.

The San Diego region is working with technology innovators such as GE, Qualcomm Technologies, and others on intelligent lighting solutions. With involvement from Cleantech San Diego, the City of San Diego installed 3,000 LED street lights with adaptive controls downtown – one of the first deployments of this technology in the country. Following the success of that pilot, the city is now on track to deploy the world’s largest city-based Internet of Things platform using smart streetlights. The project includes replacing 14,000 more streetlights with energy efficient versions, which will reduce energy costs by $2.4 million annually.

San Diego has one of the nation’s highest levels of electric vehicle drivers per capita. Results from a strategically placed infrastructure pilot project show the region’s interest in the technology. Five solar-to-electric vehicle (EV) charging stations located at the iconic San Diego Zoo in the heart of the city’s world-renowned Balboa Park have been increasingly used month over month. The Solar-to-EV project launched by Smart Cities San Diego in September 2012 and managed by SDG&E is one of the first of its kind in the world. The charging stations use energy from the sun to directly charge plug-in EVs, store solar power for future use, and provide renewable energy to the surrounding community.

Smart Cities San Diego supported H.G. Fenton Company and its launch of the Solterra EcoLuxury Apartments in Scripps Ranch. This smart living community is designed with photovoltaic solar installations providing 100 percent electricity needs for all 114 units and common areas, garages that are pre-wired for electric vehicle charging, in-home virtual net metering displays provided by SDG&E allowing residents to monitor energy usage, and smart thermostats that can be programmed from anywhere or anytime by computer or smart mobile device. Solterra is the first all-solar apartment complex in San Diego and one of the first market-rate multifamily complexes in the nation to offer “net zero” living to its residents. 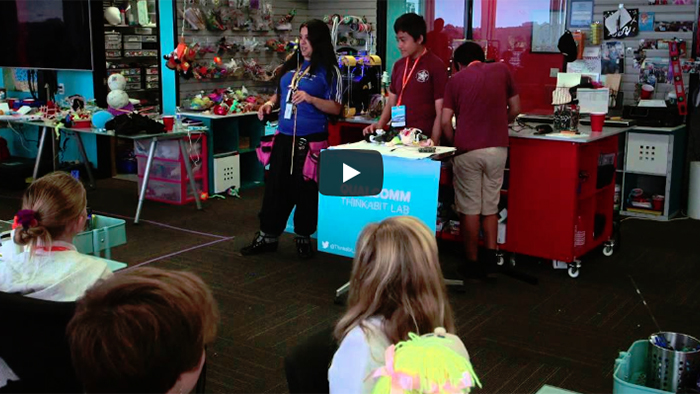